Predecessors in the swamp position south of Libau

126th Inf.Div. was thrown into this region south of Libau for the first time on 11 Oct 1944 after the breakthrough of the Soviets to the Baltic Sea and had built a stronghold along the line Jurmalciems–Ignatio. End of November they came to IInd Corps at Rudbārži, near the end of the Fourth Couland Battle into the region of Preekuln. They took the brunt of the Fifth Couland Battle and suffered warrying losses.[4] 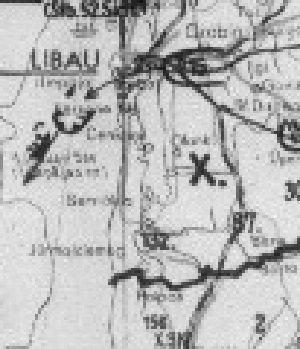 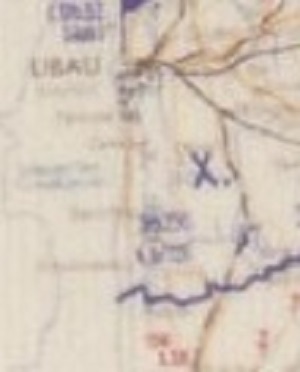 The extensive losses of the 126th Infantry Division see it pulled from the line following the 5th Battle. April first week pulled from line, deployed southwest, strictly speaking south of Libau along the Barta River defensive zone. 126th’s remnants are transferred into the position occupied by Gruppe Giese south of Libau in a defensive linear position.[5][4] 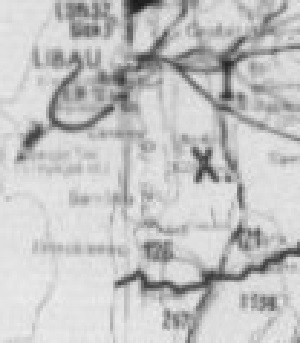 The author of the diary arrived at this position on 21st March 1945 when the sector of Corps MG Batallion 410 in which he was company commander still belonged to K.Gr. 126 which was transferred to the east on 29th, leaving behind the Fusilier Batallion 126 which we later find under Group Gise. 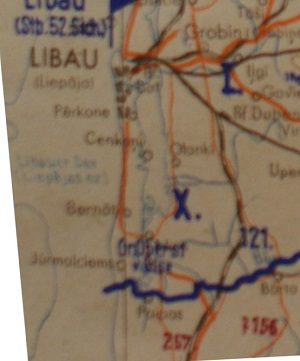 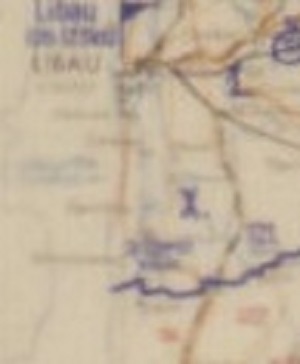 K.Gr. 126 was transferred eastward on 29th March 1945, von Gise took their place on Good Friday, 30th March 1945.[6] This did not affect the sector of Corps MG Batallion 410. Group Gise was composed of the following units:

Additionally (not found in other sources; the following facts from the diary):

Gise has been pronounced dead by court (Amtsgericht Ingolstadt) with effect from 08.05.1945 in [or near] Libau, Courland, because the< lacked an official Wehrmacht paper as I belive.[13]

According to Ernst Merk who was chief of staff of AOK 18 Freiherr von Gise was KIA when Soviet forces attempted a last coup against Libau on May 8th, 1945.[14] Considering that there have not been any attacks (except for air raids against the port of Libau) even in the days before, one can assume that suicide[15] is another possibility.

Some genealogical websites say he went missing.[16] The diary, however, reports, most likely talking about Gise: "The graves of Giese and Werthen (Werschem?) in Bernati being cared of by Latvians."

Gise has not yet been reburied to a war cemetery of the German War Graves Commission. According to their information his grave is still located at Bernāti, Latvia[17]